If you were ever told you are “not enough”, keep reading. 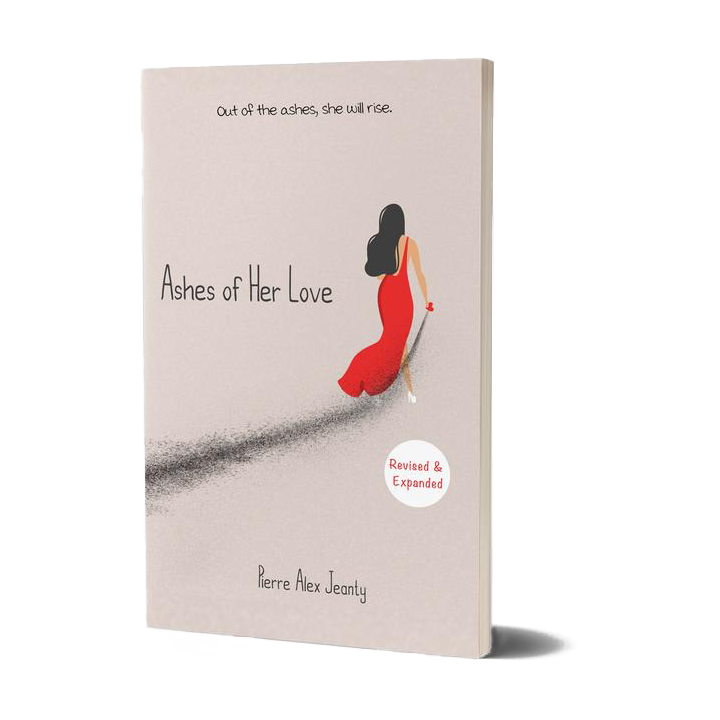 After the burning blaze of a failed relationship, she is often left alone to deal with the smoking aftermath. Best-selling author Pierre Alex Jeanty helps to bring clarity and understanding to the countless women who are faced with the reality of heartbreak.

Ashes of Her Love exposes the fire for what it truly was, and encourages women to drown out the embers that threaten to reignite. With this book, women are inspired to free themselves from the weight of dead relationships, find freedom in walking away, and are empowered to stay away and avoid the reoccurring cycle of heartache.

If you’re in a dying relationship, walking away from a terrible love story, learning to put what is no longer good in the past, Ashes of Her love is the fire you need to turn the pages and start writing a new love story.

The ending is just the beginning… 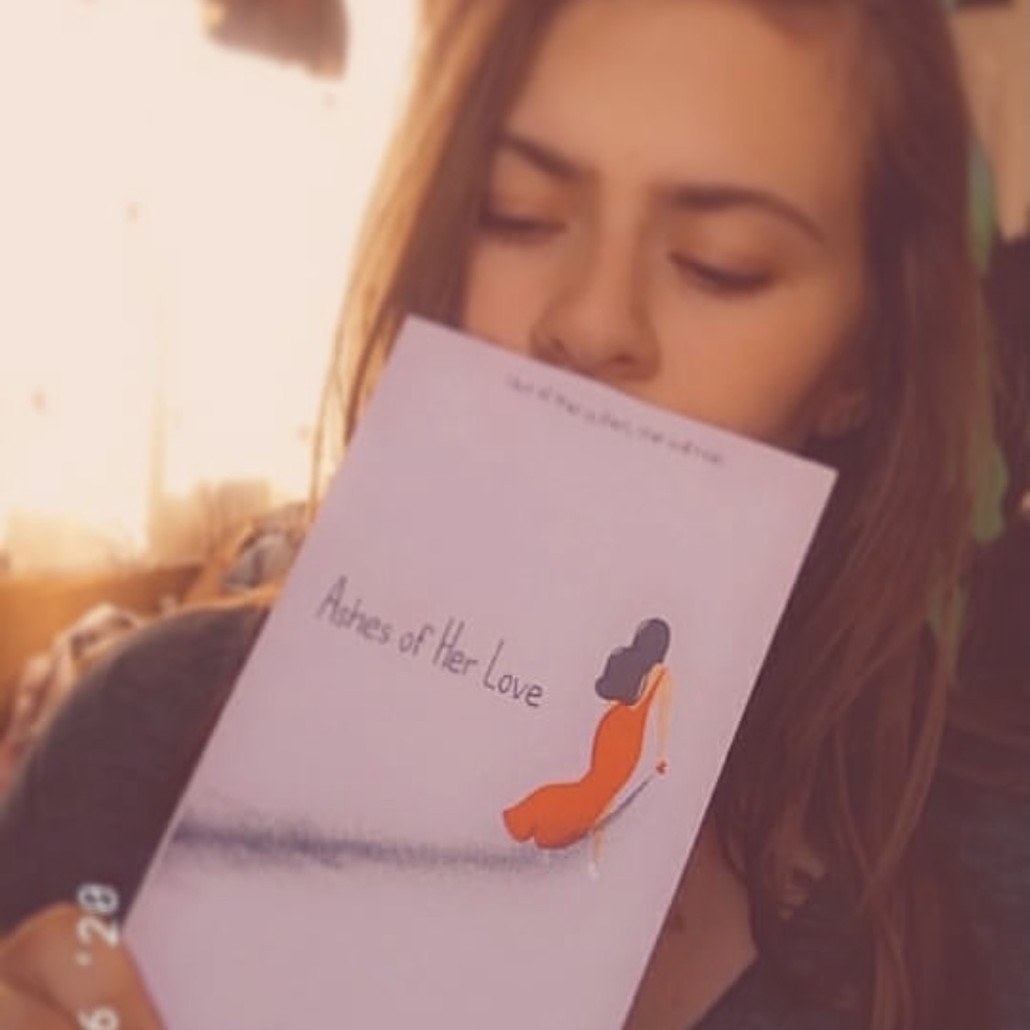 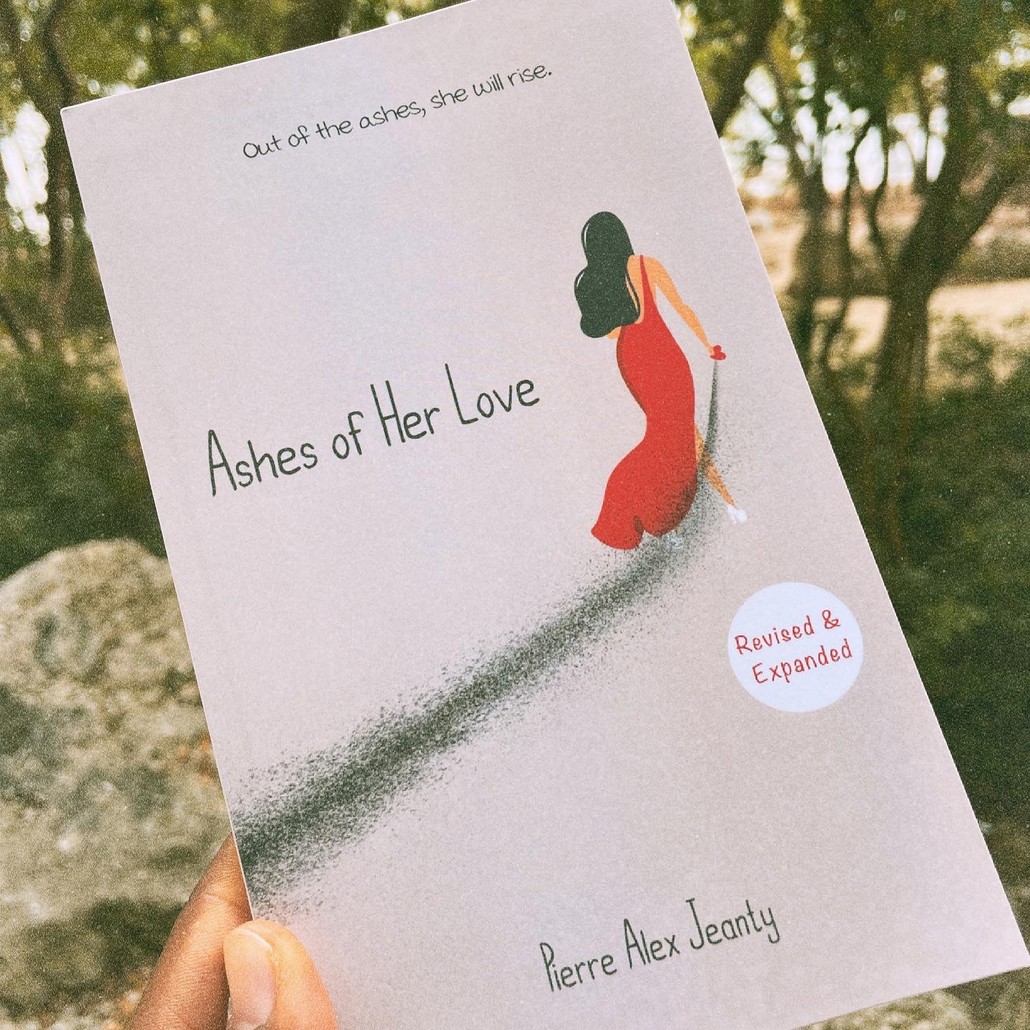 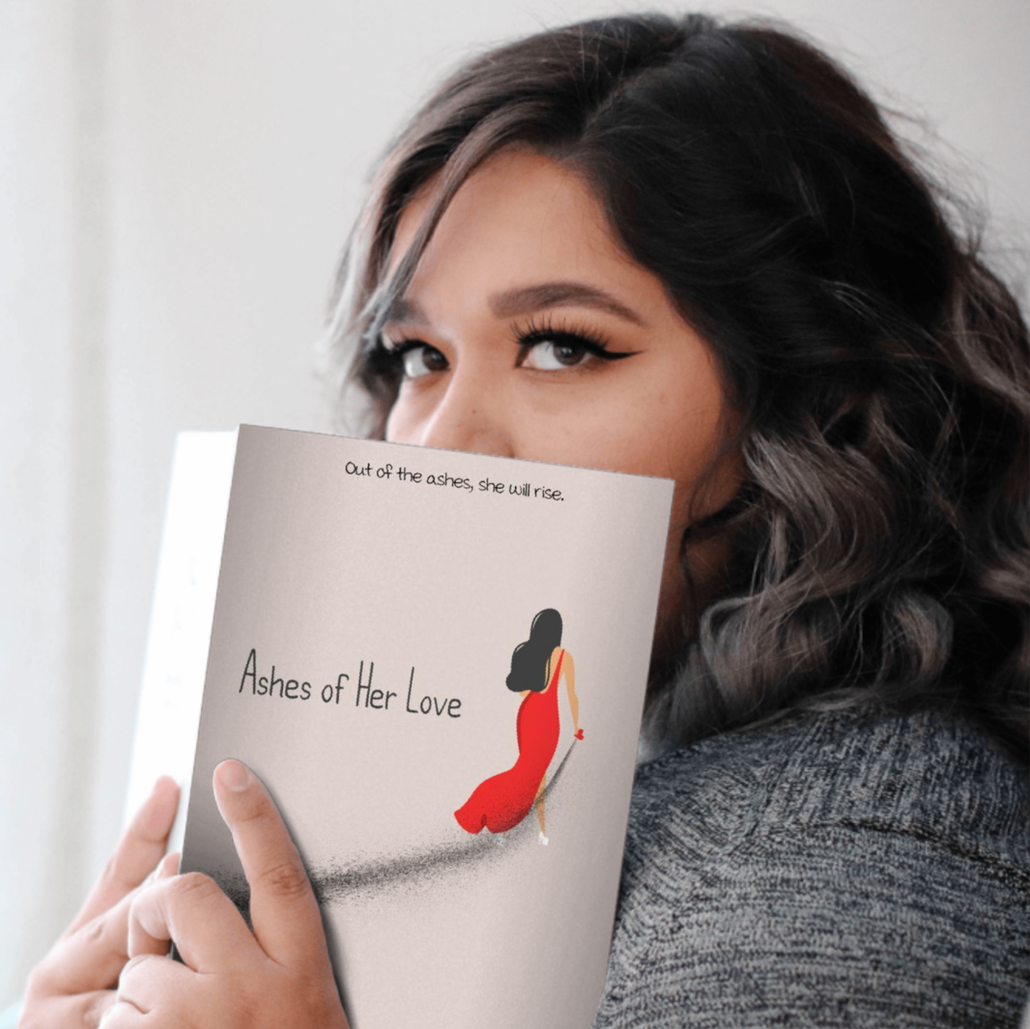 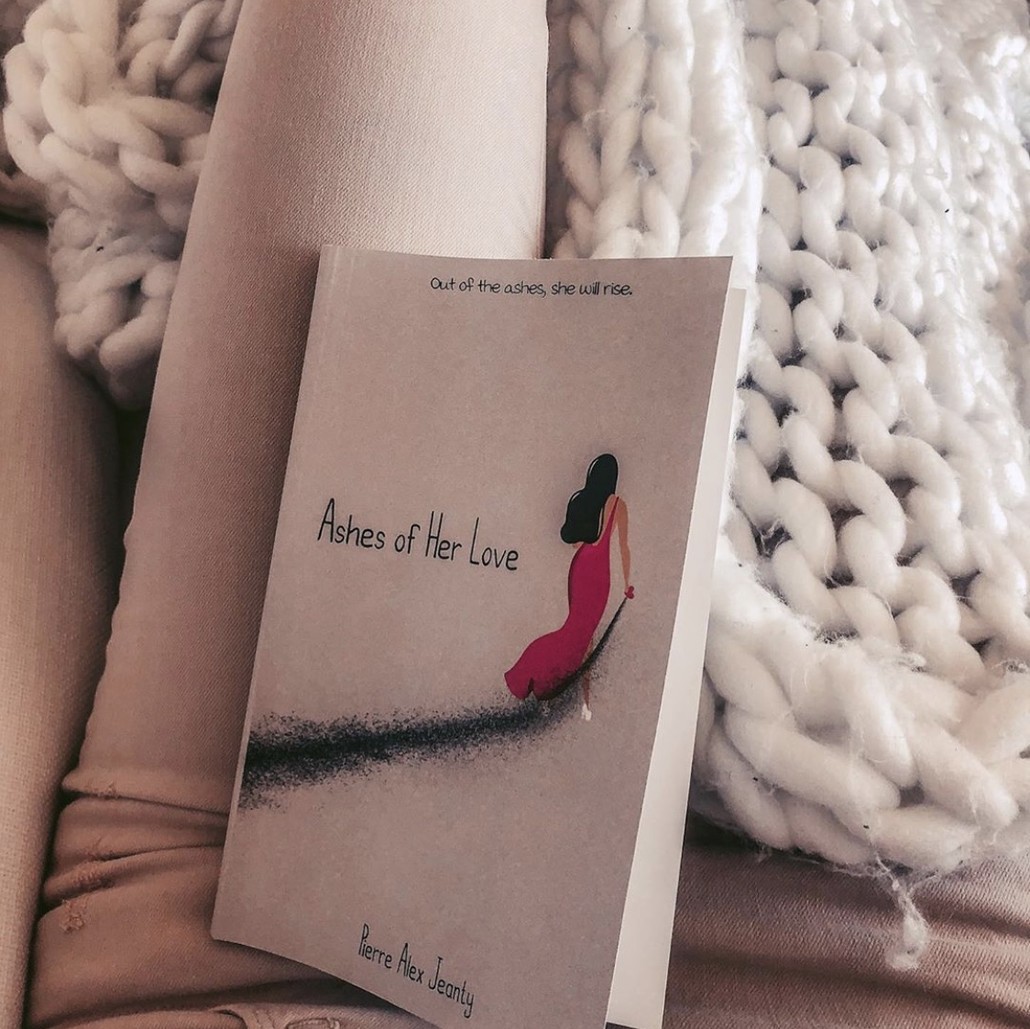 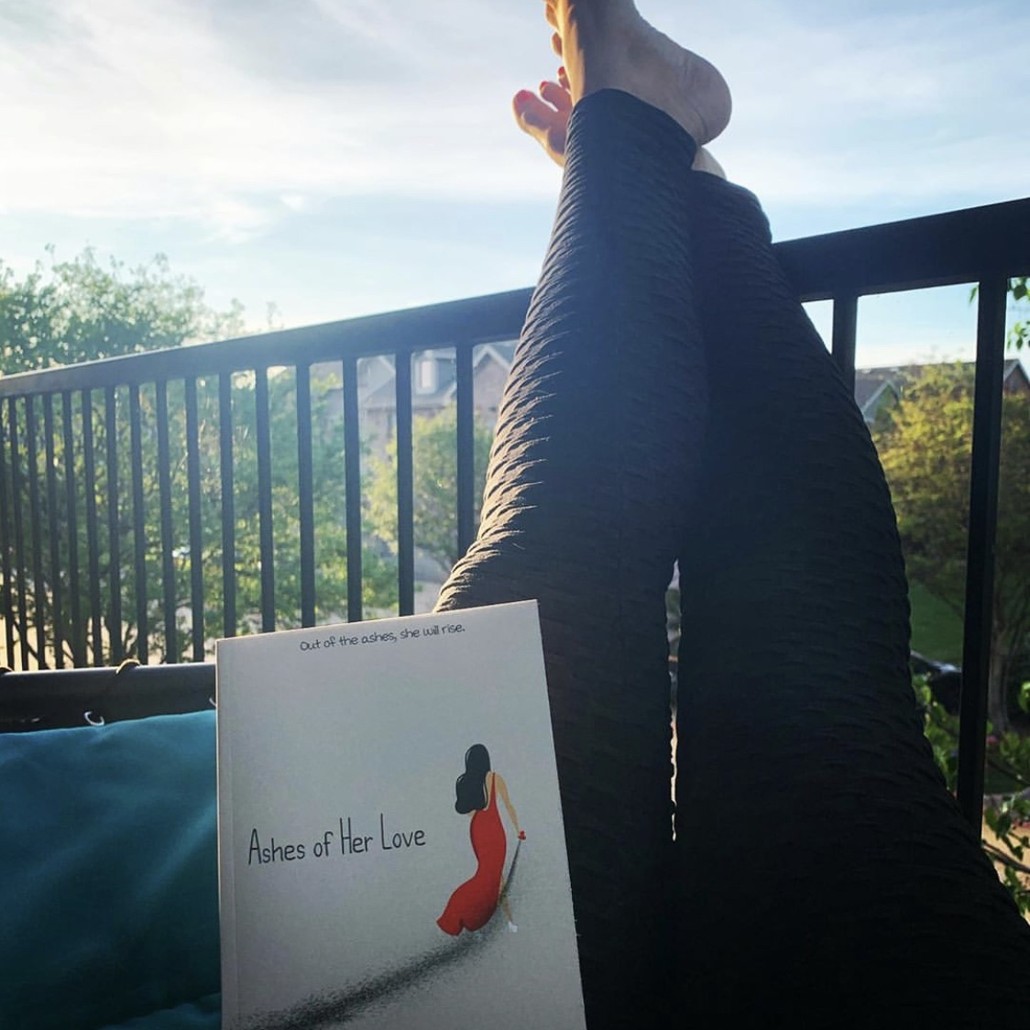 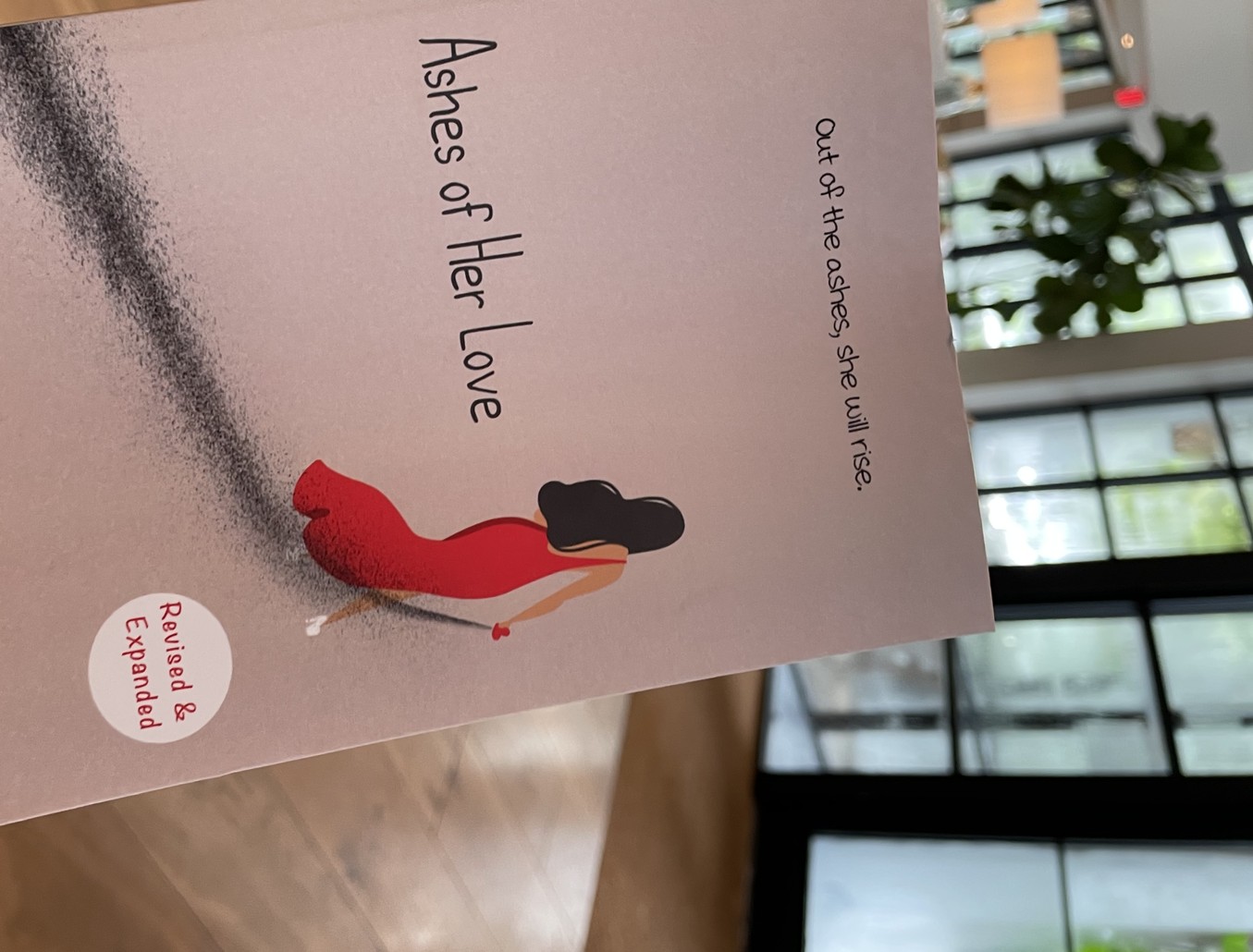 GET MY COPY NOW

"I just recently went through a rough break up, with a narcissist, after 4 years together. I'm now trying to find myself and heal along that journey. When I'm lacking confidence or I lose sight of my path I open the book up to a random page and read. It helps me move forward from whatever slump I'm in. I think the book is absolutely beautiful!"

"I came across this book 1 month of being free from narcissistic abusive relationship. I found every line, every word, reflects the experiences I went through and currently going through with moving on without looking back. This book helped me recognize my strength. It helped me realize that I was right, I know the truth, and I am indeed coming out of the ashes and rising."

"I have just gone through a painful breakup. Reading 'Ashes of Her Love' has helped me heal.  Your inciteful writing is extremely cathartic. It reminds me that I did nothing wrong. He was incapable of giving me the love I needed.  I also read 'HER' and you understand women. Thank you for your inspirational writing."

"I honestly felt like I was reading about myself when I read Ashes of her Love! I read it from beginning to end in almost one whole sitting. I haven't been this touched by words written by someone ever in my life! You are an amazing writer! From the bottom of my heart, you have a wonderful gift and thank you for sharing it with so many others!"

Ashes of Her Love is a reminder that, through all the pain and heartbreak, you will rise and become the best version of herself, not because of him, not because of society, not because you MUST, but because you’ve learned who you are through it all, and will now be ready for someone to accept the full responsibility of your love, and what it embodies, and will no longer accept less than...

So, if you’ve ever experienced heartbreak, loneliness, felt like giving up on love, or your soulmate doesn’t exist, this book is here to remind you that everything you’ve been through isn’t in vain. 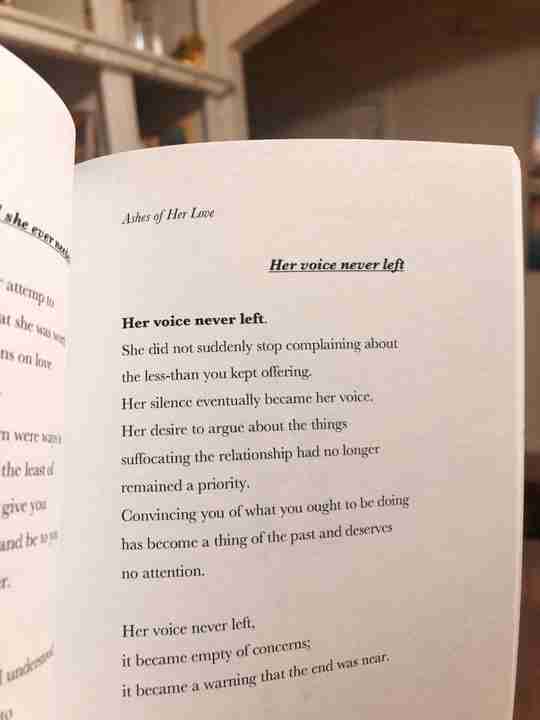 Heartbreak and love lost are shaping you so that you can express your true self, and become the woman you truly are inside all while not settling for anybody who doesn’t deserve the best version of you just because it’s been a long time coming or love has tried to break you down, over, and over again. Trust in the process and understanding that... 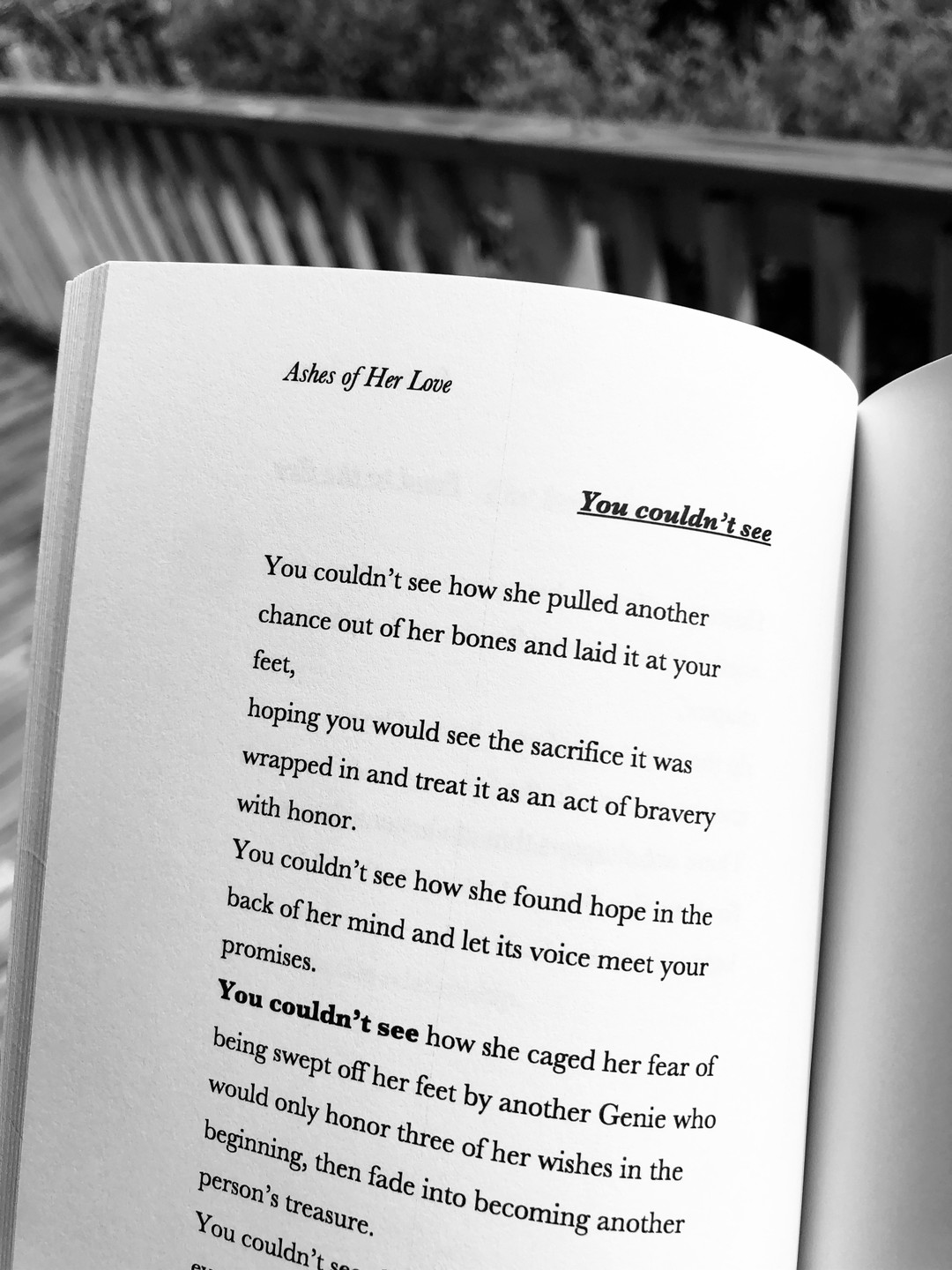 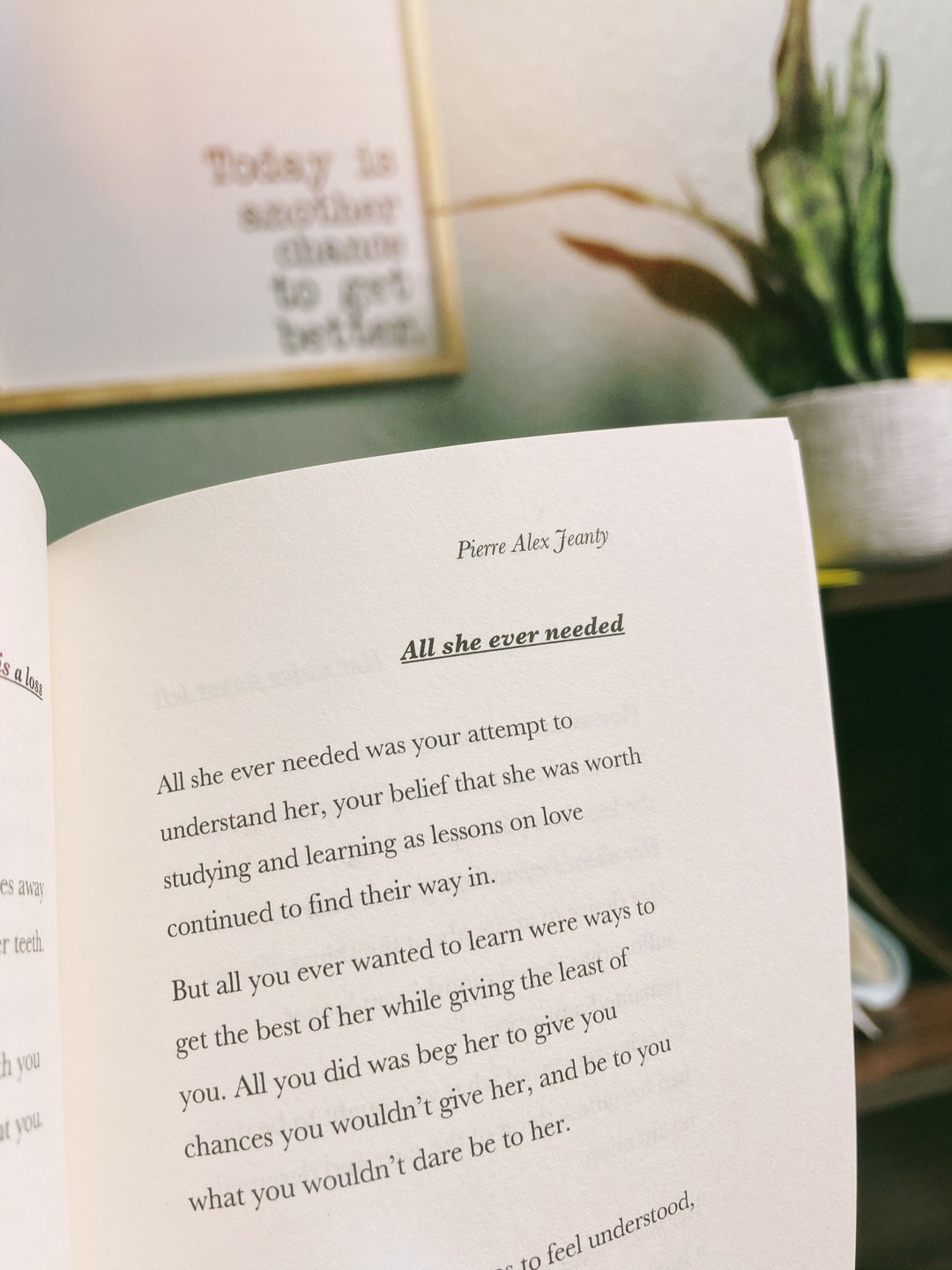 Purchase Ashes of Her Love and the Sequel, Sparking Her Own Flame ASHES OF HER LOVE + SPARKING HER OWN FLAME

they shouldn’t take your happiness with them.

Now comes the empowering sequel of life after the heartache of an ended relationship. Best-selling author Pierre Alex Jeanty speaks into the lives of the women who are now traveling the road back to themselves after giving their heart to someone whose hands weren’t big enough to hold it.

This gripping collection of poetry/prose was created for women who must put old lovers in the past, leave behind the ashes, and to learn how to kindle their own fire. It is inspiration to face the future head-on with the key to their happiness in their own hands, and love staring back at them from the mirror. Sparking Her Own Flame is the fulfillment of lessons learned, and the inner strength to rise again.

Ready to fan the fire within? 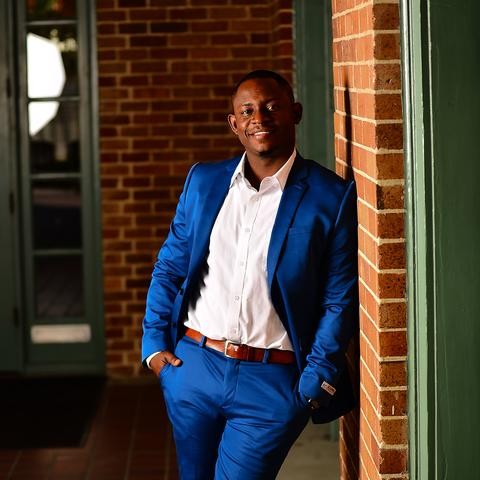 Pierre Alex Jeanty, most widely known for his international best sellers HER & HER Vol.2, is a Haitian-American author, publisher, and entrepreneur.  Pierre's writing journey began when he started writing lyrics after the death of his childhood friends.  Often approached for relationship advice and dealing with the same issues himself, Pierre found a passion for writing on the topics of dating, love, and relationships.  After leaving his full-time job in 2014 to become a full-time relationship blogger, Pierre released his first book, Unspoken Feelings of a Gentleman, which quickly rocketed to success.  Since then, he’s maintained a balance between writing self-help and writing poetry.  He also writes for men and women, which led to him to launch the HER series in 2017.   Pierre’s focus lies in poetically sharing his own love journey and lessons from his past, with the hope that it inspires men to become better, and to be a voice of hope to women who have lost faith in good men.

Pierre currently resides with his family in southwest Florida where he operates as the founder of Jeanius Publishing, a publishing company dedicated to helping poets thrive.  Pierre also occasionally travels as a speaker, and is the host of "The REALationship Therapy" podcast with his wife Natalie Jeanty.